Eighty years is a long time to rent. But Colorado College hockey is about to bring the program home for good. Beginning during the 2020-21 season, CC hockey will have an on-campus rink of its own: Edward J. Robson Arena.

Announced last summer in tandem with a downtown stadium for the Colorado Springs Switchbacks, the arena is part of the larger, ongoing City for Champions. CC’s state-of-the-art, sustainable, multipurpose facility will host Tiger hockey, and could also house everything from campus club sports to community events and guest speakers.

“This is a program with tremendous history—in many ways a founding [college hockey program]—and we’ve never played a game on campus,” says head coach Mike Haviland. “This is a game changer.”

Haviland says the new arena will serve as a profound recruiting tool, showcasing both the storied history of CC hockey and how the program can help players reach the next level.

“It’s tough to convey the history of the program when it’s not your building,” he says. “When the kid walks in, we need to be able to showcase that and ask them: ‘Do you want to be the next guy on the wall?’”

Freshman forward Grant Cruikshank should get a chance to play at Robson. “I think about it a lot,” he says. “It’s really easy to look forward to.”

He can already imagine players and fans able to walk to the rink, new technology and locker room, and playing in a raucous atmosphere with a sold-out crowd.

“Obviously I would’ve liked for it to be made yesterday,” Cruikshank says. “You can get a good feel from the pictures—the more crowded and tighter the space, the more electric and fun.”

Demolition has already begun at the site—the 800 block between North Nevada and North Tejon streets—and groundbreaking for the $39 million arena is slated for this year. Funding will come from a lead gift by CC alum Edward J. Robson and other private donations—eventually totaling $30 million—plus $9.2 million from C4C, awarded by the city through the state’s Regional Tourism Act.

Interim athletic director Greg Capell acknowledges that parking will likely be the biggest issue the arena faces, especially in its beginning. He points to the recent adjustment of CSU football from off-campus Hughes Stadium to on-campus Canvas Stadium, and says the possible use of shuttles could help alleviate any additional problems. The college continues to weigh options ranging from smaller lots to permitting systems to a large parking structure. A series of community meetings kicked off in January. [Note: Since this article was published, Colorado College announced plans that include the addition of a parking structure.]

The exact number of seats has not been solidified, but somewhere north of 3,000 is the goal. Though down from the World Arena’s 7,343 seats, that total is in line with similar size schools with Division 1 hockey programs. Continuing season ticket holders are assured room, and a large number of individual game tickets will be available. But Capell warns that tickets will be harder to get—deciding to go to a game an hour before probably won’t work anymore.

“I don’t think [the smaller capacity] is all bad,” Capell says. “We want to have a tremendous atmosphere. We want tickets to be coveted, something that is given as a Christmas gift. We want it to be a hot ticket.”

Capell hopes the building also will bring new visitors to campus and stimulate business between CC and downtown Colorado Springs. The Broadmoor World Arena will remain the home of CC hockey until the arena is ready, and a few games could still be played there after the move.

“[The arena] tells you that the whole school is behind the program, and that the program is certainly going in the right direction,” Haviland says. “I like what we have now, and I like what we’re planning for the future.”

Get more details or weigh in with questions, concerns or ideas. Colorado College is hosting a series of five community meetings and workshops into April at the Cornerstone Arts Center. 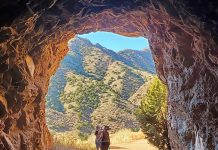