The ca-ching of a hard-plastic flying disc falling into a metal chain basket means you’ve finished a hole in disc golf. It’s also the sound of saving money. A round of ball golf runs from about $35 at Patty Jewett to as much as $280 at The Broadmoor. But playing 18 holes of disc golf is free at any of Colorado Springs’ four main courses: Cottonwood Creek, Widefield Park, The Aviary and Rampart Park.

“What I love about disc golf is that it draws all walks of life,” says Tempe Krieger, longtime board member of the Pikes Peak Flying Disc Club. “It’s a great sport for kids and adults.”

It’s also a welcoming scene. “I’ve made my longest- standing and best friends from disc golf,” Krieger adds. “You can join a round with whoever’s at the course and have an instant connection.”

While disc golf courses popped up in the Springs during the early 1990s, the sport became formalized in 1976 when the first permanent metal basket, the Pole Hole, was created.

“You can start with just one disc,” says Navtej Chahal, one of the top local players since 2010. “Once you play disc golf, it’ll grab you and become a passion.”

Chahal helps new players and more experienced athletes get the right discs at Kwik Way, his store near the corner of Union and Dublin boulevards—the closest disc retailer to Cottonwood Park. He loves seeing people find the sport and get involved through joining the 719 Disc Golf Community on Facebook, the Pikes Peak Flying Disc Club or the Professional Disc Golf Association.

The PDGA has more than 100,000 members in 47 countries. As the governing body of the sport, it sanctions competitions for every skill level at thousands of disc golf courses around the world.

Krieger believes Colorado Springs would be a great host for future state and world championship events. He has worked with city officials and put in hundreds of volunteer hours to get The Aviary and Rampart Park courses built.

“Disc golf can have a positive economic impact for the city,” Krieger says. “We’re hoping to put in few three-hole putter courses and get the land to build a national-level competitive course.”

For Krieger, Chahal and thousands of other local disc golfers, ca-ching is the sound of the future.

According to the PDGA, there are 17 disc golf courses in the Pikes Peak region. Here are four of the Springs’ best. Find more at pdga.com/course-directory.

Widefield Park: (est. 1995) Longest course in the Springs with a good mixture of wide-open and treed holes.

The Aviary: (est. 2015) First hole plays over Fountain Creek on the eastern edge of the El Pomar Sports Complex. Several elevated tees with great views of Pikes Peak and water.

Rampart Park: (est. 2016) Newest course in Colorado Springs with lots of native vegetation and disc-eating bushes. Make the long walk along the trail to get from hole 10 to 11. 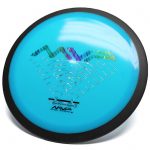 Sold at most sporting goods stores for around $10-$15. Start with a lighter, straighter-flying driver until you figure out your throwing style. Then add specialized discs to your bag. 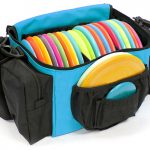 Write your name and phone number on your disc. You will lose it. Other players may find it and return it.