Love and Sculpture: A Q&A with Josh Kennard

The local artist talks about his motivation for the Nothing Greater Than/Less Than Love project and his hopes that it will inspire a better community.

By Susan Fletcher
September 4, 2017
Colorado Springs native Josh Kennard makes art to elevate his hometown’s narrative about itself. His Art on the Streets sculpture Nothing Greater Than/Less Than Love is an invocation for “Colorado Springs to live out what it’s made of,” he says. The downtown sculpture bears three symbols: nothing, a mathematical greater or less than sign and a heart. When viewed on one side of the sculpture, the message reads nothing greater than love; from the other side, it reads nothing less than love. A mailbox stands nearby, with an invitation for the public: “Write a letter. Invest in something the way that love has invested in you about how love has touched you, molded you, inspired you.”

It’s not the hardworking artist and businessman’s first attempt to better the community. Josh Kennard co-owns Olde World Bagel and Deli in the Cheyenne Mountain Shopping Center, which he bought alongside his father in 2004. He was also the owner of the former pub Lofty’s, and the co-owner of the former Rubbish Gallery, a downtown underground art space. In 2013 he began his You Are Amazing Project, a series of public displays and an Instagram exhibit designed to increase positivity in the city. “In doing the You Are Amazing Project, I thought about my art as city psychology,” Kennard says. “I was trying to establish a relationship with my client, which is the city, by telling people that they are amazing. I believe that everyone is amazing in their own right and has a lot to offer.” 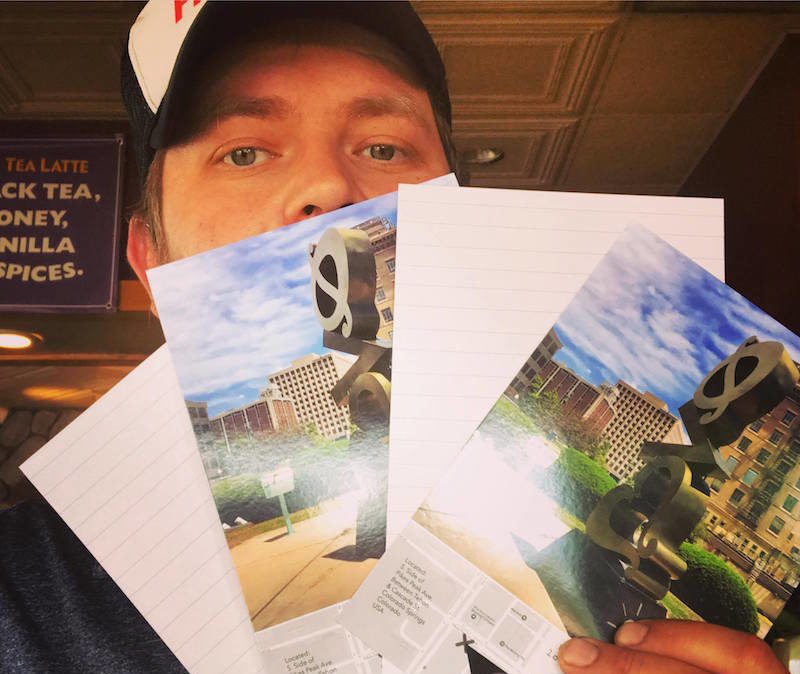 It’s only fitting that Kennard greeted me warmly the question, “Was your day amazing?” We then sat down to talk about his Nothing Great Than/Less Than Love project and his vision for the city.

Springs magazine: What process did you use to create this sculpture?

Josh Kennard: I came up with the concept by writing it in dirt on the back of my [car] window. I was trying to play with symbols to see if there were symbols that meant something. When I wrote “Nothing > than Love” linearly, I got in my car and noticed something that I had never noticed before about looking in the review mirror: Because it was on the outside of the car, the mirror image flipped it backwards. When I looked at it, it came out in reverse, and that’s what taught me the reverse nature.

What does the duality of the statement “nothing greater than/less than love” mean to you?

We all say that we want nice cars and clothes, but I think what we really want is love and safety. The things that we spend money on don’t really give us love and safety. Nothing greater than love is in some way the meaning of life. I think we fight a lot of wars and do a lot of things that most people would call immoral or negative; they’re not usually acts of love. Those are the kinds of the things that everyone’s angry about.

What does love mean to you? 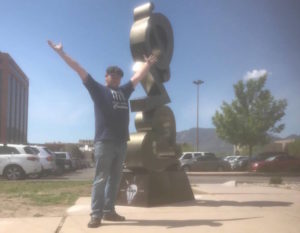 What do you hope this work will accomplish?

Politically in the modern age we are praising bad behavior. I want to be a rebel to show that there is good behavior left. Ever since I got the picture of the sculpture in my mind, I saw the letters talking to each other and then people understanding each other in ways that they might not have before…. I believe that art and magic are the same thing; that’s something created from nothing. There are materials here, but the real goal behind it is community and hope, and better lives for a city, not just a pretty thing that sits on a corner.

Have you read any of the letters placed in the mailbox? Do any of them stand out to you?

There’s a lot of things that stand out, sometimes a depressing thing. I saw a letter that said, “Love makes me lonely,” and they crossed out “lonely” and put “vulnerable.” That’s a powerful statement, and I think an honest statement. I think it’s OK that it’s an honest statement. I hope that was a release of some sort that will help make that person capable of moving past whatever they are going through.

Nothing Greater Than/Less Than Love will be on display along Pikes Peak Avenue between Cascade Avenue and Tejon Street until May 2018. Kennard will then create an exhibit at the Fine Arts Center with the letters that his mailbox receives.

Learn more about Art on the Streets at downtowncs.com.

Trivia Night in the Springs

Moving to Colorado Springs? Your Relocation Guide 2022 Is Here