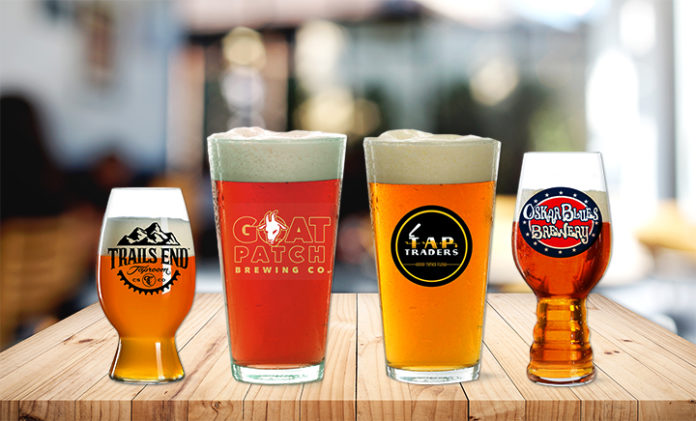 When we heard the craft-beer-in-a-can pioneers of Dale’s Pale Ale were moving in downtown, we nearly wept with joy. The arrival has been impressive—and expansive with a full menu and 48 taps, featuring more obscure Colorado and national beers beyond 12 of their own. Don’t miss the speakeasy downstairs. Bocce, anyone?
118 N. Tejon St., oskarbluesfooderies.com

They don’t brew their own, but the 26 rotating taps are heavy on local and Colorado brews. You’ll find a selection of cocktails and a creative German menu. Plus the cool, open setting pays homage to the historic Alexander Film Company that inhabited the space.
3104 N. Nevada Ave., taptraders.com

The outdoor adventure theme makes this a perfect spot to finish your ride or hike in nearby Red Rock Open Space. Pour your own, and pay by the ounce. Watch for Springs-exclusives from some smaller Colorado breweries in the 40-some taps.
3103 W. Colorado Ave., trailsendtaproom.com

Great Dates for Valentine’s Day, Mardi Gras and Beyond

A Grand Year for Grand Openings in Colorado Springs